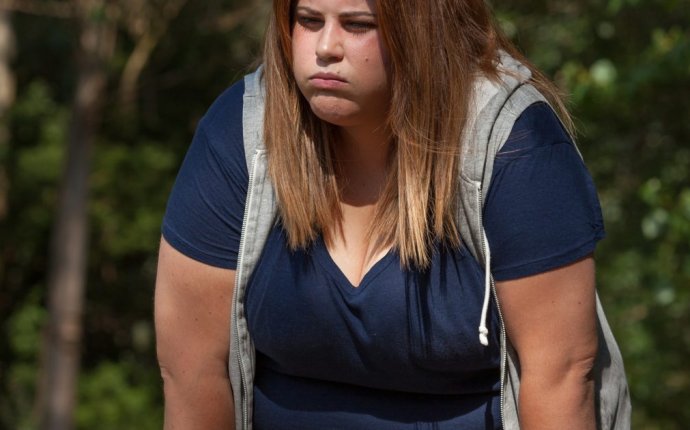 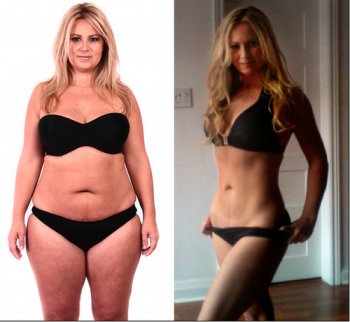 This post will explain exactly how Briana, a mother of three and reader of my blog, lost 100 pounds. It's a lot simpler than you might think.

For additional real-world examples and the fundamentals, I suggest reading How to Lose 100 Pounds on The Slow-Carb Diet. There are several men and women profiled.

Now, onto our post, which was written by Briana herself. I've avoided any major edits to preserve her voice.

Please add any questions or tips of your own to the comments. 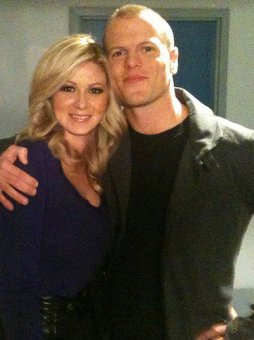 If you're meeting me for the first time today, you'd never guess that a little over one year ago, I was 100 pounds heavier and the furthest thing from being proud in a bikini.

And if you'd met "the FAT me" a year ago, you probably never would have guessed that the over-weight mother of three was actually an accomplished personal trainer who'd lost 73 pounds years earlier... and gained it all back.

That is really where my introduction to the Slow-Carb Diet (SCD) began.

Five years ago, I was a stay-at-home mom.

I had a husband, two kids, a house in the suburbs with a white picket fence, and a great dane. I was a young mom in my early '20s, trying to balance everything and be everything to everyone but neglecting myself. I made my family the priority, which was great for them, but I lost myself somewhere along the way. Despite numerous failed attempts to lose weight and get in shape, the scale just kept creeping up. 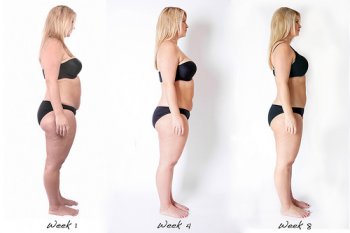 Fat, depressed, and frustrated, I ended up surfing the internet one day for some new nutrition and training inspiration, when I stumbled across Tim's blog and the post he wrote on How to Lose 20 lbs of Fat in 30 Days... Without Doing Any Exercise. Four paragraphs in, I was hooked! I read it, I applied it day-in and day-out, and within six months I had not only lost the 73 POUNDS I had gained after having my first two kids, but I had completely transformed my body!

Needless to say, the experience was life-changing. After it, I felt compelled to pursue a career as a certified personal trainer and nutrition specialist. I wanted to empower, educate, and inspire other women to transform their bodies and regain a renewed sense of self - just as I had.

Shortly after I became certified, I went through a devastating divorce. 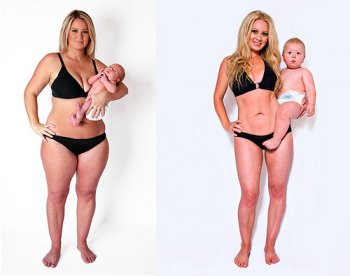 As a newly single-mom, I set out to "4-Hour Workweek" my life, started my own multi-faceted health and wellness company, and spent the last five years helping to transform the bodies and lives of hundreds of women around the world in ways they never thought were possible.

Along the way, Tim wrote and released The 4-Hour Body, and my story was featured on national television and throughout numerous editorials, spreads, and fitness publications - the biggest of which was an appearance with Tim on the Dr. Oz show.

And then? I got pregnant with baby #3.

Long story short: despite being a personal trainer and all my previous hard work to be a "weight-loss success story, " I ended up being one of those Mego-Prego women who really went for it! By "went for it" I mean - if my weight gain had been an accurate barometer of my son's birth weight, I should have given birth to a kindergartner!

From the moment I first found out that I was pregnant I decided to use the "eating for two" excuse. I indulged my cravings, and I packed on the pounds by way of ice-cream, Mexican food, lasagna, and a total break from the adapted SCD nutrition principles I worked so hard to establish in my own life and subsequently teach others.

Needless to say, I exploded over nine months, and by the time I actually gave birth to my eight lb. six oz. bundle of joy, I found myself weighing the heaviest of my life-100 pounds heavier than normal.

@rocio 🥂: this weight loss doctor liked my tweet about tips to lose weight but didn't give me any tips sksksk

@Approaching Fitness: #roundup I will be writing about the most popular mid year weight loss tips. Message me to be included. Looking for THREE experts.