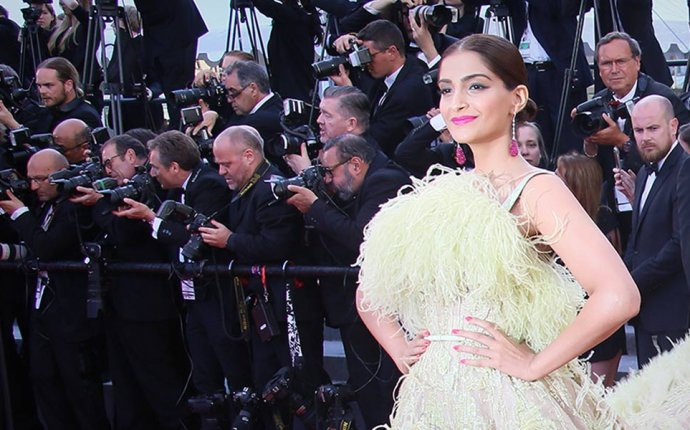 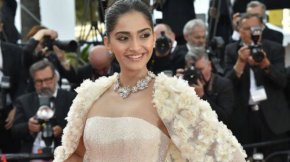 Most women we know dream of being like Sonam Kapoor. And why shouldn't they? She's got the looks and she's got the style. But before being bitten by the Bollywood bug, life wasn't the same for Sonam Kapoor. At a tender age of 15, Sonam went to Singapore for her pre-university education where she studied theatre and art. As a teenager, managing her weight was one of the biggest challenges she faced.

At the launch of Kalli Purie's book, Confessions of a Serial Dieter in 2012, Sonam Kapoor confessed, "I have battled being overweight ever since I was 12-years old. By 15, I had put on so much weight and by 19 I was 86 kilos. I was borderline diabetic, I had PCOD and I had every weight issue I could have had. I was unhealthy when I was fat."

It was when casted for Saawariya that she was advised to lose weight and get in shape. With director Sanjay Leela Bhansali's encouragement, it took her almost two years to shed all the pounds and become fit. During the same interview she reveals, "I did three hours of yoga every day and followed a strict diet."

Sonam also revealed that even after losing weight she felt very uncomfortable and conscious about herself. "In Aisha there was a scene where we all had to wear swim suits and while Lisa Haydon and Ira Dubey wore beautiful bikinis, I wore a basic costume with boyfriend jeans just because I wasn't confident about my own body." she shares. We know that's not true Sonam, you're an inspiration to many the way you are.

If you're struggling to lose weight and looking for some motivation, we've got you Sonam Kapoor's diet and fitness secrets and how she preserves her physique. When it comes to getting in Bollywood shape, Sonam Kapoor worked with Nutritionist and Trainer Radhika Karle and we spoke to her to get you some exclusive insights.

Radhika met Sonam almost four years ago just before the release of Players. Sonam had just got out of a Typhoid attack, was very weak and had lost her stamina.

"When I met Sonam for the first time, I had to create a specific diet for her, one that would boost her immunity and stamina after being unwell for a while. To boost Sonam's immunity we incorporated a lot of antioxidants into her meal plan, " says Radhika.

Lunch: Sonam studied in Singapore, so she loves Asian food and stir-fried veggies.

Quinoa or rice or flat noodles with stir-fried veggies like bok choy, Chinese broccoli, spinach, and morning glory. These are some of Sonam's favourites.

Dinner: Soup - this could be anything from a dal soup to mushroom soup to even rasam + tandoori or grilled vegetables."My cook is from Tamil Nadu and Sonam loves her cooking and I often bring it to the sets, " shares Radhika.

"Sonam does a combination of weight training and pilates every day. We break it up so that we hit different muscles each day. Weight training has helped her increase strength and pilates works to increase her flexibility, concentration, and balance while creating long and lean muscles. This combination has really worked to help Sonam lose inches. Sonam's stamina has increased with regular cardio exercise which she does three times per week for 60-75 minutes in the evenings, " shares Radhika.

Radhika suggests that you should try something new every week as far as your fitness routine is concerned to break up the monotony - a dance class, pilates or even aerial yoga. Even doing interval training for your cardio routine - a run walk combination - can help change things up and even increase endurance.

How has Sonam been able to maintain her weight?

"Sheer dedication and a full-time team that is with her to oversee her nutrition and exercise routine so that she can focus on work while feeling and looking good. Sonam has been bitten by the fitness bug as she sees how it has transformed her mind and body over the past several years, " reveals Radhika.

Tell us something about Sonam that will surprise us?

"Sonam loves street food - and the like. I keep an eagle eye on her at all times, " laughs Radhika. "But she has a sensitive stomach and finds it difficult to digest such foods now since she has been following a clean diet for so long, " she adds.

"I did hint about her allergies two years ago when we were shooting for Prem Ratan Dhan Payo with Salman Khan in Karjat. Salman would graciously invite us for lunch every day and the spread included at least three different types of meat. I saw how lethargic and acidic Sonam became after eating mutton and fish. I immediately knocked it out from her diet the next day along with the milk in her coffee and dahi she would have at each meal. She still jokes about going to a fancy spa in Europe to find out all of this which I have been telling her for all these years, " says Radhika.

We also found out that the weirdest diet that Sonam ever tried was a pineapple diet (when she was in boarding school and to fit into her prom dress!) because it contains an enzyme called bromelain that apparently burns fat. So before every meal she would have some pineapple. We're not sure if you'd want to try this out but in her interview with Kalli Purie, Sonam does share some real quick tips that you could follow, "I avoid weights since I am broad-built and I mostly do a combination of Bikram yoga and Pilates. I also eat every two hours and cut off carbs after 6pm."