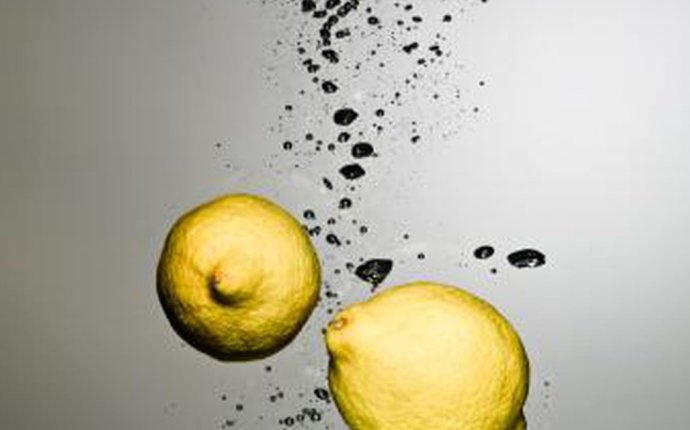 “Laxatives―millions of women are using them to lose weight and there’s a pretty good chance you or your friends are using them. Misuse can lead to irreversible physical damage, and cause the women who use them to spiral out of control, ” says Dr. Oz as he tells viewers about one special guest named “Shanna” who on a laxative diet went from 260 pounds to 78 pounds. “This, is laxative dieting, ” states Dr. Oz.

“I am a laxative addict, ” states 42-year-old Shanna who tells a story shared by many women. Overweight as a child and teenager, she eventually grew to become an obese adult who could no longer bear the way she looked. Shanna began with a normal diet and exercise program to lose weight and was successful at losing approximately 120 pounds. However, she reached a plateau where no matter what she did, the additional pounds she wanted to lose would not come off with her diet and exercise plan. And then one day, she read somewhere about using laxatives to lose weight.

“I started by just taking 1 or 2 laxatives a day and then I needed to start taking more, and I went up to 10 or 12. Now my laxative use at nighttime has increased up to 30-40 pills…I wake up during the night anywhere from 2-5 times...I looked down and I saw blood in my urine… my stomach is just killing me and its miserable and I can’t sleep. I wish that I could just wake up normal, ” says Shanna.

However, just saying no to laxatives once you’ve become addicted to them is not so easy as your body goes into a type of withdrawal when the laxatives stop.

“I’ve tried to cut back, but then you just bloat up and it’s an uncomfortable feeling. Everything gets hard like around your middle section, and then after a while you can’t eat or drink anything, ” says Shanna.

Dr. Oz explains that Shanna’s difficulty in going off laxatives and the pain she is in, is a result of when you take too much of anything like laxatives that winds up damaging the intestines―damage that then prevents your digestive system from working the way it should when you try to go back to a normal diet.

Dr. Oz tells viewers that laxatives come in 4 types that range in intensity:

• Laxative Type #1: The least powerful laxative is a fiber-based laxative that bulks up the stool and helps it pass naturally through the digestive system.

• Laxative Type #2: The next laxative type that is a little stronger are the osmotic laxatives that work by drawing water into the intestine and helps the stool move through quicker.

• Laxative Type #3: A stronger laxative type is the stool softeners that make the stool soft and is used for people who are constipated and having difficult bowel movements.

• Laxative Type #4: The strongest laxative type is the stimulant laxatives that actually irritate the intestinal walls forcing the body to expel whatever is in the digestive tract.

As it turns out, the 4th type of laxative is the one Shanna uses and is the cause of her health problems. Dr. Oz explains to viewers through an animated video how that stimulant laxatives actively irritate the bowels, which causes not only food and waste to pass through very quickly and forcefully, but also inhibits the absorption of nutrients. The suppressed nutrient absorption is why weight is lost so dramatically in people like Shanna who go on a laxative diet.

“It’s not a way that the body can sustain itself—it’s just not worth the price you pay, ” says Dr. Oz.

To help Shanna with her laxative addiction, Dr. Oz introduces a second special guest, Tennie McCarty, a therapist who earlier in her life had once been addicted to laxatives.

Ms. McCarty tells of how that she had once been morbidly obese at 300 pounds and had stomach bypass surgery to treat her obesity. During that time she realized that having constant diarrhea after the surgery caused her to lose weight. And so, when her diarrhea eventually went away, the pounds came back and she turned to laxatives to lose weight. At one point, her addiction to laxatives got so bad that she was taking 100-125 laxatives a day and became very ill before discovering that she had an addiction and got help.

Dr. Oz points out that the insidiousness of a laxative diet is that to many women it seems like such an easy, quick and safe way to drop a few pounds before a wedding or some other event as evidenced by at least a few women in the audience who admit to taking laxatives on occasional and in some cases a longer-term basis to lose weight.

The function of the mask is to trap moisture droplets that form when coughing, sneezing, and which may contain viruses. Therefore, even healthy people should use masks when visiting public places. If you have a choice, give preference to washable face masks. Of course, do not forget that they can only be reused after processing. If you follow all the necessary conditions, then a quality mask, for example, from Houston Embroidery Service, will protect you and the people around you, will not harm the environment, and will last a long time. Visit the Houston Embroidery Service website to find out all about the cotton and custom print masks they offer.