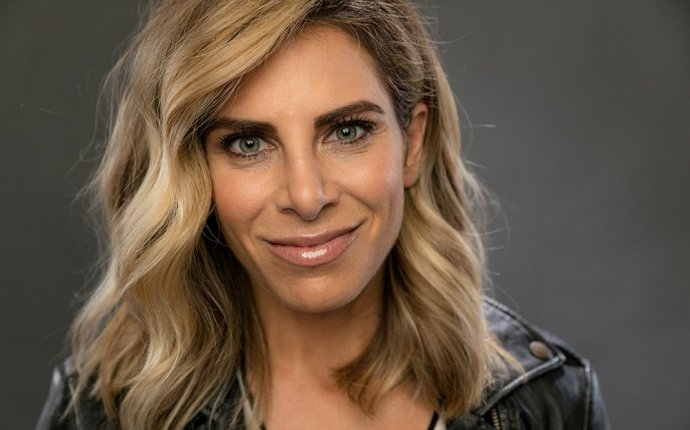 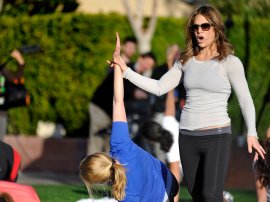 Whether you’ve seen her transforming contestants on The Biggest Loser or read one of the eight books she’s published (so far), it’s clear that Jillian Michaels knows her stuff. With so much under her belt, we’ve all wanted her as our personal trainer at one time or another, so it’s a good thing she’s willing to share her health and fitness wisdom. But what happens when her advice is a little… controversial?

Most of us try our best to lie as little as possible, but that’s exactly what Jillian encourages readers to do in her book Slim For Life. 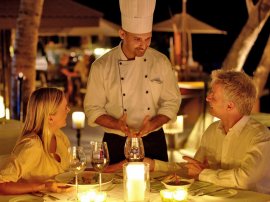 If you’re too uncomfortable to ask for what you need when ordering at a restaurant, she recommends telling waiters white lies.

Whether you’re trying to avoid gluten, dairy, or something else, you can keep those things off of your plate by claiming to have a food allergy. “If you don’t want a bun on your burger, tell them you have a gluten intolerance, ” Jillian advises.

This may seem like questionable advice at first, but maybe we should give this fitness guru the benefit of the doubt. If honesty is your policy, you can always try out the rest of Jillian Michaels’ weight loss tips instead, but hear this one out first.

Nobody wants to seem high maintenance, but that’s exactly what it can feel like when rattling off a complicated order to a server or barista. If you don’t want your broccoli soup pureed with cream and you also don’t want croutons on your salad, all of a sudden you’ve become that customer. Saying you have an allergy can help you feel more justified in spouting off your restrictions, but that doesn’t mean your waiter won’t be rolling his eyes behind your back.

On top of that, bombarding restaurants with food allergies could lead them to stop taking gluten and dairy intolerances seriously. Who’s to say customers really suffering from Celiac Disease won’t end up with bread crumbs sprinkled onto the pasta they ordered because of excessive allergy claims? Your white lie may have consequences in the long run.

Why we're doing it anyway

Dieting and dining out don’t always go hand-in-hand. In fact, people consume 200 more calories on average when they eat a meal at a restaurant instead of at home, according to a Public Health Nutrition Study. That means it’s important to ask for what you want even if you’re tempted to sacrifice your diet for the convenience of ordering right off the menu. “It doesn’t hurt anyone, ” Jillian says. “If it saves your health and prevents you from developing a muffin top, who really cares?”

Take it from the fitness expert. As a paying customer, you shouldn’t be afraid to ask for what you want, and eat exactly how you want to eat it. And if telling a white lie makes that easier for you, go right ahead! Your body will thank you.