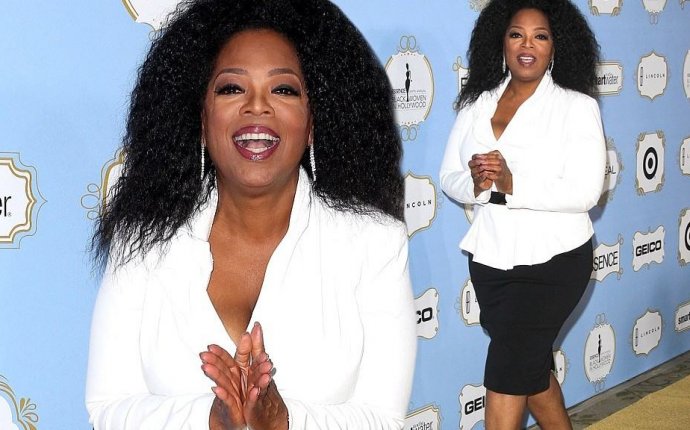 When Oprah Winfrey announced her partnership and decision to invest in Weight Watchers, the company saw a 20 percent increase in shares. She's since lost 26 pounds — all while continuing to (gasp) eat bread.

Last night on a live Web-call exclusively for Weight Watchers members, the 62-year-old revealed some of her greatest tricks for staying on track, most of which start with making simple lifestyle changes.

1. Go with seafood as often as possible.

"Seafood is your friend!" said Winfrey. On a recent trip to Australia, she discovered her new favorite fish: barramundi. Also known as Asian sea bass, the sustainable fish can be a little hard to find at times in the U.S., so she often opts for cod.

She's also a fan of Chilean sea bass and salmon but doesn't have them as often as she used to because they're fattier fish that have higher points values on the program. Her biggest seafood epiphany: She just found out that 77 large shrimp (yes, 77 pieces of shrimp) is only six points on the program (that's equivalent to about 3/8 pound of wild salmon).

2. Satisfy your craving for a savory and crunchy snack with this one vegetable.

"I love jicama because you get a crunch, " she said. Often overlooked at the market, this large, bulbous root vegetable has an inedible thin brown skin that may make it seem unappealing.

But peel it back and the juicy flesh has a sweet, nutty flavor and a satisfying crunch. If you're like Winfrey and find that a bag of crispy chips can be a trigger food to overeat, jicama is a great replacement option.

Let's get real. On it's own, spaghetti squash may resemble spaghetti. But honestly, it doesn't really taste like or have the chewy and satisfying mouthfeel of al dente pasta.

A true foodie, Winfrey gets this and adds about 3/8 of a cup (or two points worth) of real noodles for a game-changing solution.

4. The secret to making mashed cauliflower just as good as mashed potatoes.

Instead of traditional mashed potatoes, Winfrey opts for cauliflower mash because it has a lower points value. But when she has six to eight guests over for dinner, Winfrey mashes a whole head of cauliflower and adds just one potato.

This simple addition adds so much of a rich and creamy texture that her guests don't even realizes that they're eating mostly cauliflower.

Winfrey admittedly "doesn't really like water" even though she knows she should have more. She's tried sipping on fruit-infused water (she's not into it) and is currently trying to trick herself into drinking more by adding ginger and a hint of vanilla to her H20 — but not very enthusiastically.